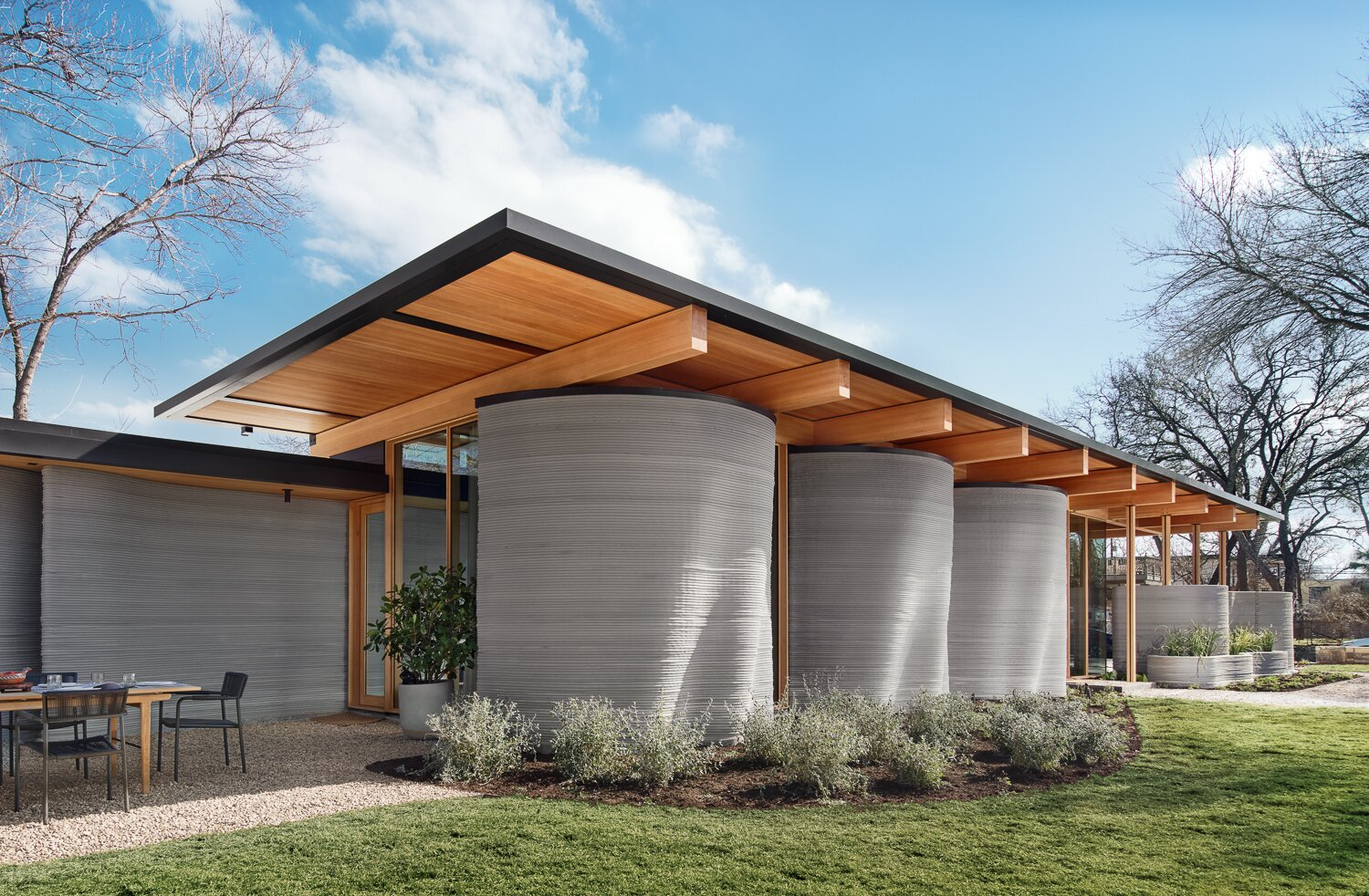 In anticipation of SXSW, Austin’s annual music and film festival that’s returning after a two-year hiatus, 3D-printing company Icon has unveiled their latest home design. With its flat roof, wooden beams exposed, and a structure made of glass, a printed concrete material, and more wood, it’s reminiscent of a ranch home you might find in Texas, but with a modernist bent. 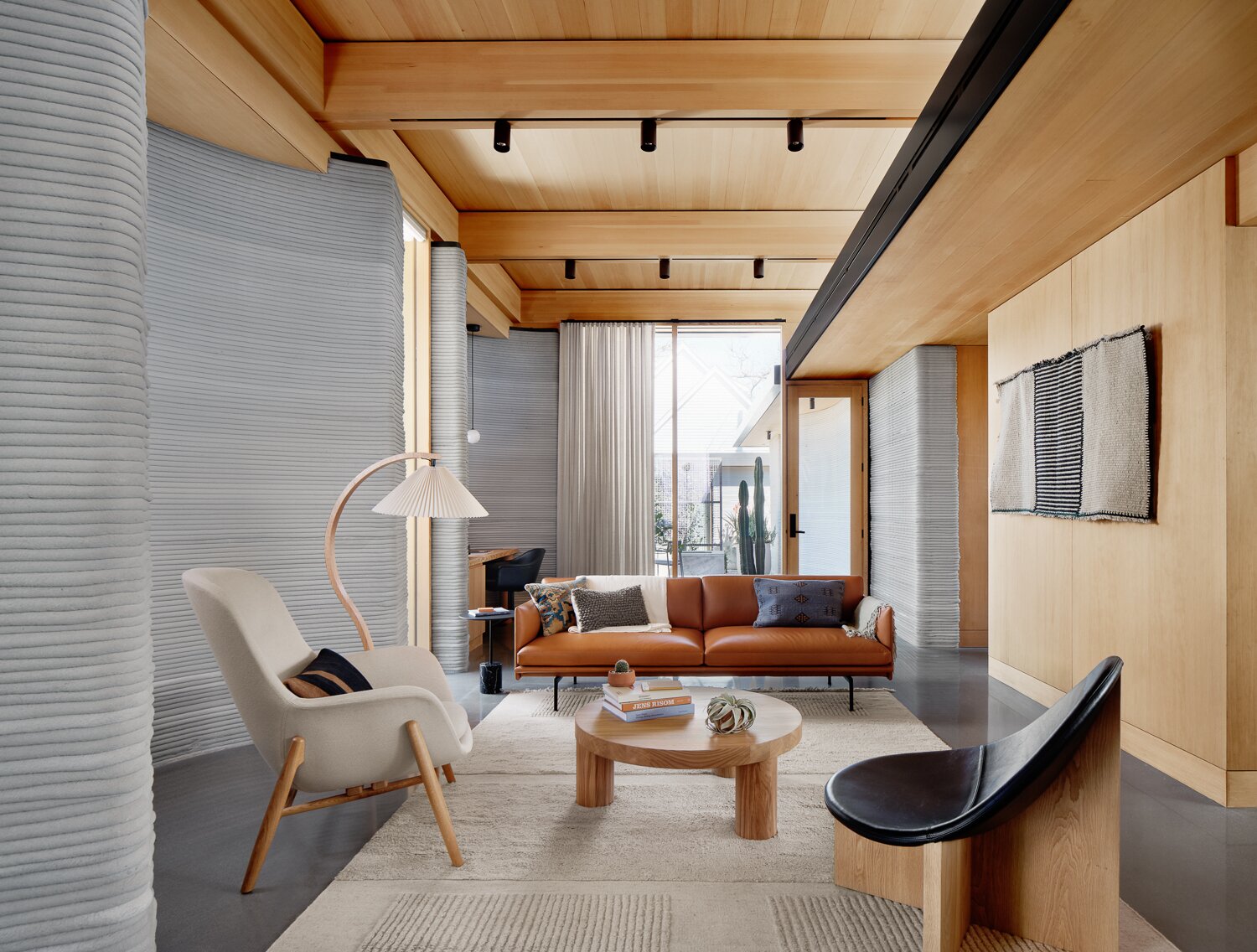 ​​”The house is all about responding to the climate gracefully, and midcentury ranch houses also happen to do that very well,” says Lewis McNeel, associate partner at Lake|Flato Architects, the Texas firm that designed House Zero with Icon. McNeel calls attention to the home’s deep overhangs that shield the interiors from the harsh Texas sun and rain that can blow sideways. Clerestory windows bring in just the right amount of natural light, he says, reducing the need for electric lighting. 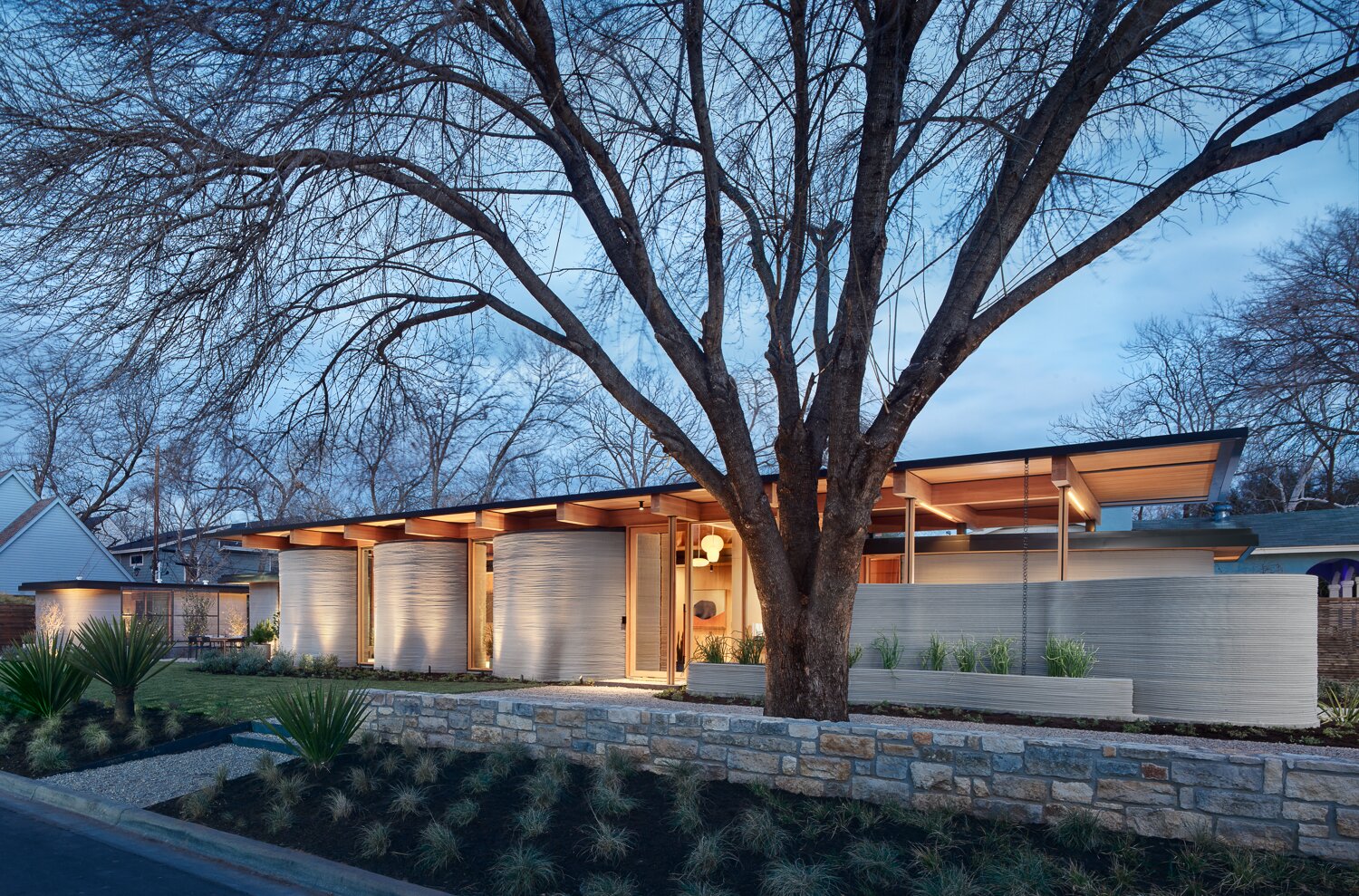 Situated in East Austin, just minutes from downtown, the three-bed, two-and-a-half-bath design and an accompanying accessory dwelling unit mark the beginning of Icon’s Exploration Series, which aims to push the boundaries of 3D-printed home design even further.

“The homes we’re building are extremely energy efficient,” attests Melodie Yashar, the director of building design and performance at Icon. The printed wall assemblies—the gray, textured part of House Zero’s structure—are made by a robotic arm that lays a proprietary concrete material, which is insulated and reinforced with steel. Icon says the material makes for a more resilient structure, and, as one continuous, unbroken thermal barrier, reduces the energy consumption of the home. The design also requires less energy and resources to build.

“Because we are using the printer, we’re able to cut down on the number of trades and folks involved,” says Yashar. Three or four people can manage a print job, and the printer is operated using a mobile app.

The technology is a departure from traditional concrete molding as it allows for more curves and slopes, and ultimately, attests Lake|Flato, a greater degree of design freedom.

“Putting the concrete at the forefront of our design at first felt foreign,” says firm associate Ashley Heeren. “But we soon realized that having a clear hierarchy of materials actually clarified the design process and enabled us to think creatively about how wood and glass could complement and create even greater harmony with the concrete walls. It forced us to try new things, which is perhaps the most exciting aspect of the house.” 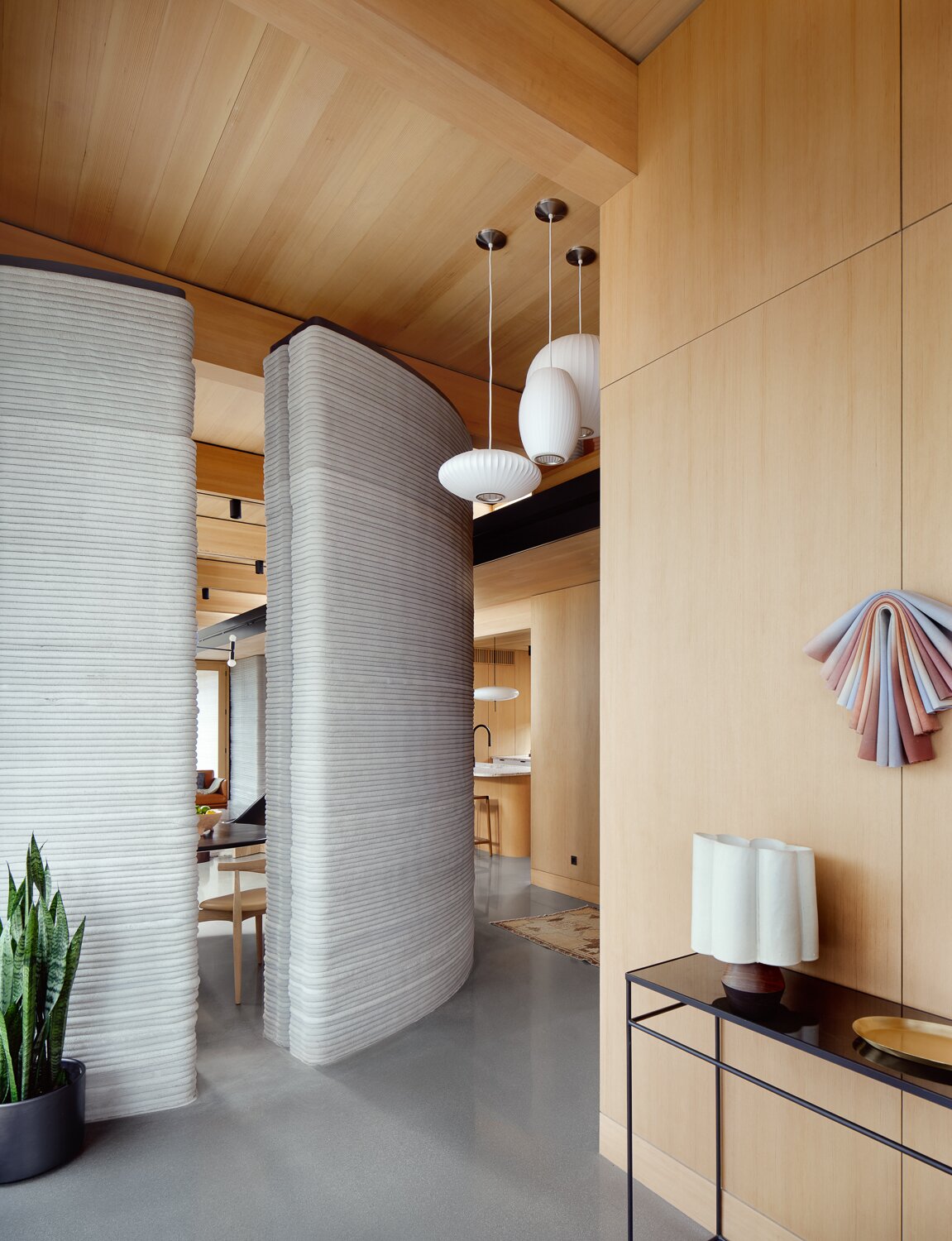 McNeel agrees. “It was up to us to figure out how to harness that technology to make something warm and inviting out of it—something that you would feel truly at home in and sheltered by.”

Unlike Icon’s previous projects—the company printed affordable tiny homes in Mexico, and a tiny home village in Austin for those who lack housing—House Zero will act as a stand-alone showpiece meant to inform a wider audience about the possibilities of Icon’s technology. “It’s one thing to talk about 3D-printing, but it’s another to show it,” says Brooke Bauguess, Icon’s vice president of communications and public affairs. “This is our opportunity to have people come see what we’re doing.”

No comments to show. 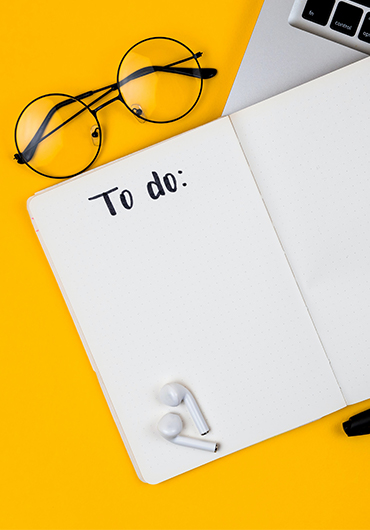